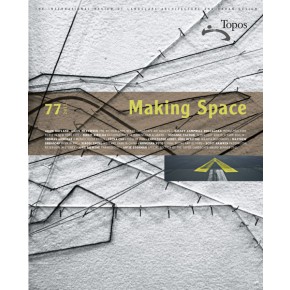 The neglect of hybrids? We would need to conceive a “new constitution” in order to become truly modern. Since modern science divided disciplines into “little boxes”  hybrids remain excluded between ‘disciplinary silos”. Latour critiques the division of modern sciences  and argues that we have yet to arrive at a practice that would incorporate rather than exclude the messy realities outside the labs. He claims “We have never been modern” since we have chosen to cleanse the world of all hybrid conditions, as is evident in the division of natural science and social sciences and the subjugation of everything “in between”. Consequently the promise of the project of modernity remains unfulfilled, until it manages to embrace all objects and subjects as well as the neglected hybrids. Based on Latour’s general concept, I would argue more specifically the overly reductive concept of nature may reveal one root of the problem. The imposition of order and control over natural systems and the assumptions of nature as an exploitable resource has marginalized it to a passive object.  This may be most evident in the sectoral, mechanistic and technocratic management of water for various single purposes of navigation, flood protection, irrigation, drinking water supply, drainage or sewage. Even the sublime realm of the Mississippi Rivers is reduced to one dimension – for example a “discharge problem” or worse a “plumbing problem.”