The US Army Corp of Engineers operates a dredge material facility at the confluence of the James and the Elizabeth River. The location has been chosen for its proximity to the ongoing efforts of dredging Port of Virginia to accommodate present day draft of the Navy and the Post-Panamax container ship class; mandating a channel depth of 55 feet.  The dredged material from cutting and maintaining these channels is pumped and piped suspended in water to the disposal facility, where it is discharged over a levee into an poldered basin of four square miles. 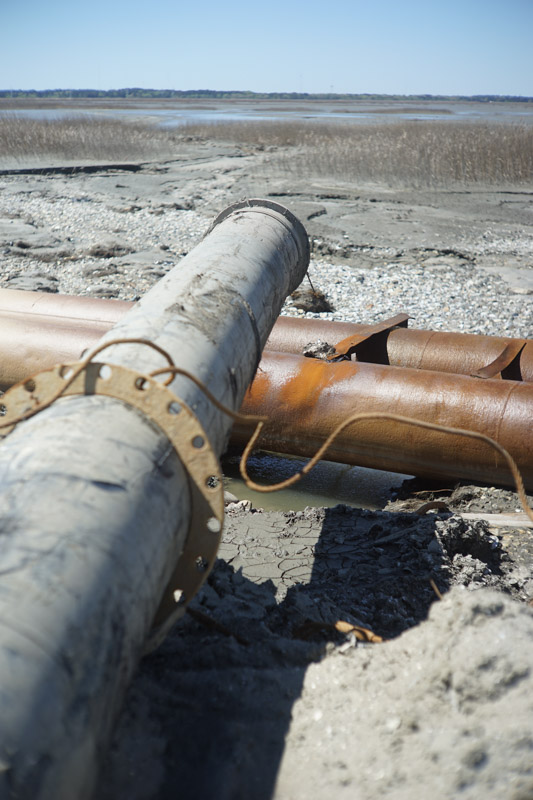 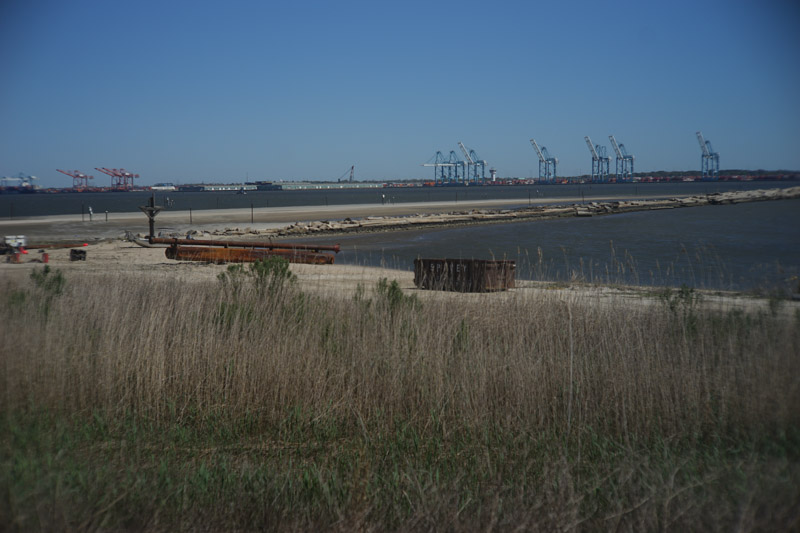 An Anthropocene Signal? This structure may provide evidence the stratigraphic working group is trying to identify. This group of scientist is looking for material proof of men-made strata – a human footprint at geological scale, While the human impact is assumed ubiquitous and abundant, it remains challenging to be able to point at an evident site. 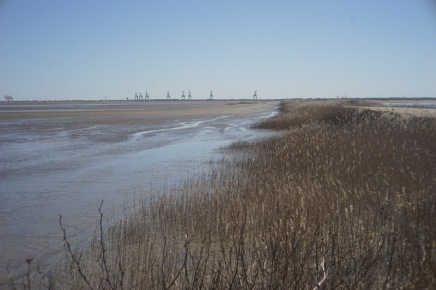 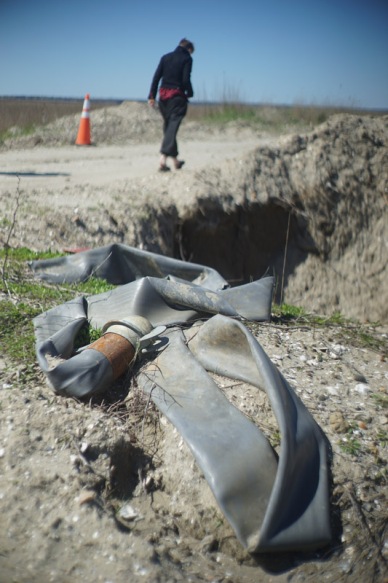 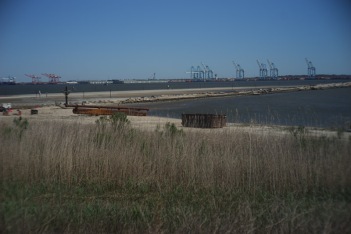 Sediment sorting without a cause? Along a two mile slope sediment is being sorted out in a perfect gradient with the coarser material like sand and shells dropping out first in the East and the finest traveling to the West. The accumulated finer fractions of clay combined with biosolids and assorted contaminants- once settled cannot be moved again with current technology – neither mechanically, nor hydrologically. In the meantime this substrate provides the perfect breeding ground for mosquitos that are then sprayed with insecticides from planes regularly.

During the spraying period 5 p.m. to 10 p.m., beekeepers in the affected areas (properties adjacent to Craney Island and the Churchland area of Portsmouth) should keep bees covered, and people with known allergies should stay indoors.If conditions don’t allow spraying Tuesday, the inclement weather date is Wednesday, Oct. 14.  USACOE 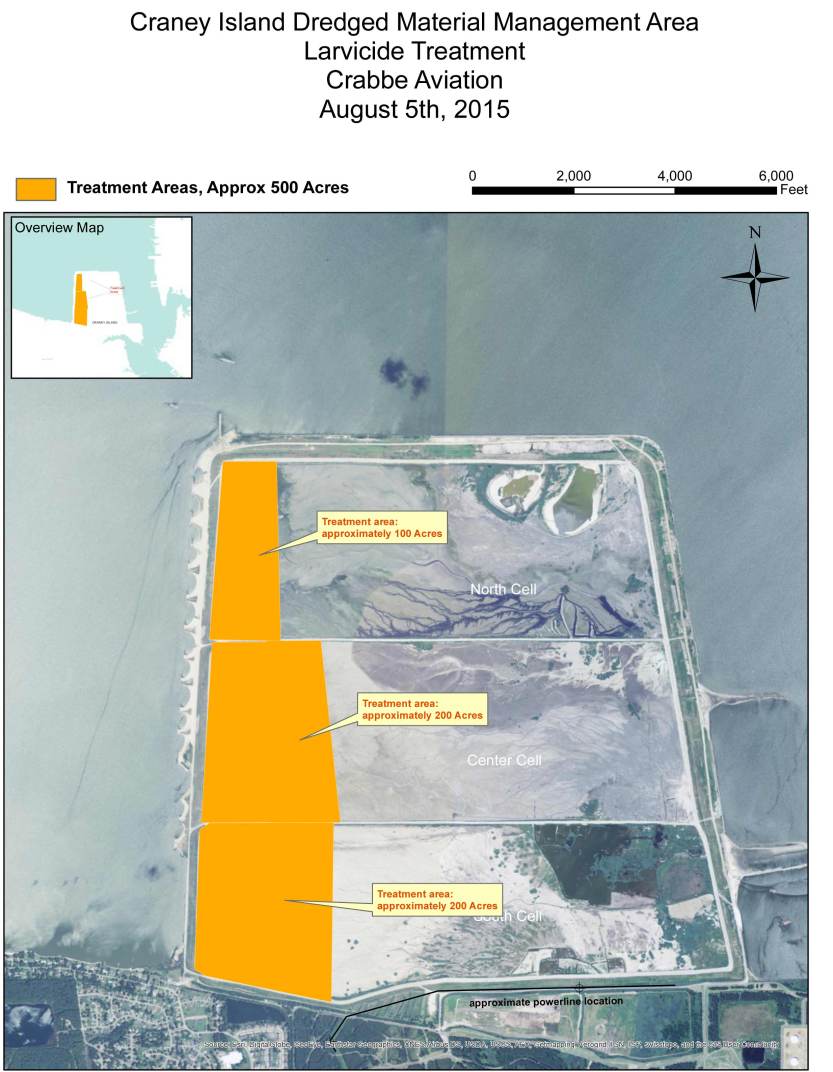 The harvested sand material is used internally and set aside to rebuild the collapsing and subsiding perimeter levees. The dredge disposal process will continue as long as the process of settling and subsiding of the structure allows. The future re-use of this facility remains undetermined. While the Craney Island project has the highest levees in the region, most neighborhoods are subject to recurrent flooding and are vulnerable to projected Seal Level Rise without any provision.